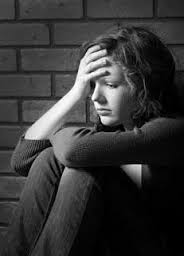 Royal Palm Beach This morning my news-feed from theguardian.com revealed the terrible truth on my phone, as breakfast TV reported the insanity of our world where children die unnecessarily and women are still victims of violence. I just couldn’t let this pass by and not comment.

buy neurontin australia If you are following my blogs you will know I am embarking on a new venture, namely coaching. But I like many who are coached, have often come from difficult beginnings that affect how they operate in the world.

Sel’tso I am an Ambassador for the charity Restored:  www.restorerelationships.org challenging and training faith communities as well secular organisations on the issue of domestic abuse, in order to bring an end to violence against women across the world.

As a writer and therapist working with many who are caught up in the cycle of abuse I am saddened by the figures and the warning from the director of public prosecutions that social media has caused the 10% increase as it is used to threaten and control.

It is all about authenticity. The truth is, I care, and I have seen too many women from all walks of life caught up in this tragedy. Women die every week at the hand of a partner or ex-partner so I have to give them a voice.

As a coach you may think that I would not encounter those in this situation, but I think you would be surprised. Women across all the social classes are victims of power and control and sometimes we cannot see it, even if it under our nose.

One part of blogging is to write about myself. That in itself is a challenge, not because I don’t know myself but rather, I need to think about what I want you to know.

As a coach or a therapist the general rule of thumb is, don’t disclose things about yourself unless it is useful for the client. However, I believe in congruence and I believe that someone is more likely to be themselves if they experience authenticity in another.

Please call 07968 669648 or fill out the form below and we'll get back to you!
buy cheap cenforce View our Privacy Policy